Electric, Hybrid, Plug-In Hybrid. What does this all mean?

Toyota was one of the first brands to enter the electrified marketplace. With our first electrified vehicle hitting the market back in 2001, Toyota is not new to electrification and is offering some of the most compelling options today. Since the original Prius, Toyota hybrid vehicles have come a long way and now take many shapes including pickup trucks, SUVs, and several cars. This article will discuss the differences in the differences between electrified options and some of the solutions that Toyota offers in each of these segments.

The basic principle of a hybrid vehicle is that it utilizes both an electric motor and a gas engine which work in unison to create the forces necessary to drive the vehicle forward. Toyota hybrid vehicles (Save for PHEV options more on this later) are self-charging, meaning that the entirety of the energy used by your car comes from the fuel you put in the tank. This may leave you asking how this makes things more efficient? To which the answer would be: through smart management, and the recovery of energy that would be otherwise lost to heat or other inefficiencies. Traditional hybrid vehicles are without question, the simplest way for a consumer to move into an electrified vehicle and provide an efficient yet unobtrusive pathway. Toyota offers many hybrid vehicles including Tundra, Sequoia, Prius, Rav4, Venza, Highlander, Corolla, and Camry. As is with all electrified vehicles, hybrid-electric vehicles typically require less maintenance than their combustion counterparts.

Moving to an offering with a more comprehensive electric system, plug-in hybrid vehicles utilize a system similar to that of a traditional hybrid but take things a step further with typically higher capacity batteries and more powerful motors. Unlike traditional hybrids, these vehicles are able to be plugged into a charger to increase their fuel economy, allow for full electric driving, or to increase performance. Toyota plug-in hybrid vehicles are able to drive perfectly fine without being plugged in, however, to take full advantage of its benefits, it should be. Think of plugging in as an optimisation opportunity. At the time of writing, Toyota offers two PHEV offerings, the Rav4 Prime, and the Prius Prime. Plug-in hybrid vehicles strike a balance between the convenience of combustion vehicles and the efficiency of electric. For many commutes, a plug-in hybrid is able to use no gas thanks to the full electric range but when a longer trip is in the cards, the gas engine is able to cut in and take up that additional needed range.

Electric vehicles or EVs are exactly what they sound like, as opposed to using petroleum based fuel like gas or diesel, they use only electricity. This means, for the driver, there is no need to visit a gas station, nor are there any emissions coming from the back of the car. These vehicles must be charged as that is their only source of energy but the cost of charging is vastly less than the cost of petroleum fuel in nearly all cases. Electric vehicles have come a long way in recent times and are now a practical option for many drivers. Toyota is proud to announce our first fully electric vehicle, the BZ4X which is coming soon and is set to be an industry disruptor.

All three of these options along with traditional combustion vehicles provide their own unique advantages. Toyota proudly offers vehicles in every one of these categories and the experts at Stampede Toyota are ready to help you discover the one which suits your needs best. No matter your needs in a vehicle, Stampede Toyota is Calgary’s choice for all things automotive. 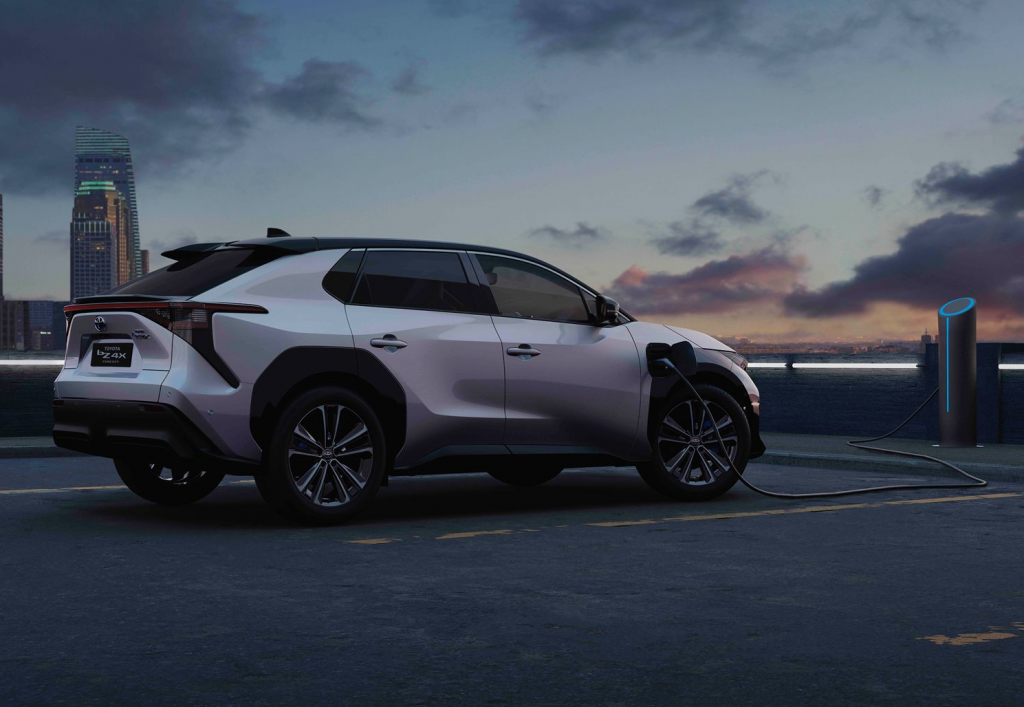 Previous Post
Stampede ToyotaBlogElectric, Hybrid, Plug-In Hybrid. What does this all mean?