One of Toyota’s most popular SUVs, the Sequoia has been helping move families since its debut in 2000. Over 20 years later, the third generation Sequoia is being completely redesigned to offer more space, style, power, and—surprise, surprise—more of the efficiency and reliability Toyota is known for. Read on to learn more about the upcoming 2023 Toyota Sequoia with Calgary’s Stampede Toyota!

What we know about the 2023 Sequoia

While Toyota Canada is still being somewhat coy when it comes to details, there are a number of aspects of the three-row, 2023 Toyota Sequoia that have been shared—along with a few educated guesses we can make—and it all starts with the same rugged platform found under the frame of the all-new 2022 Toyota Tundra. Some of the other details we can share include: 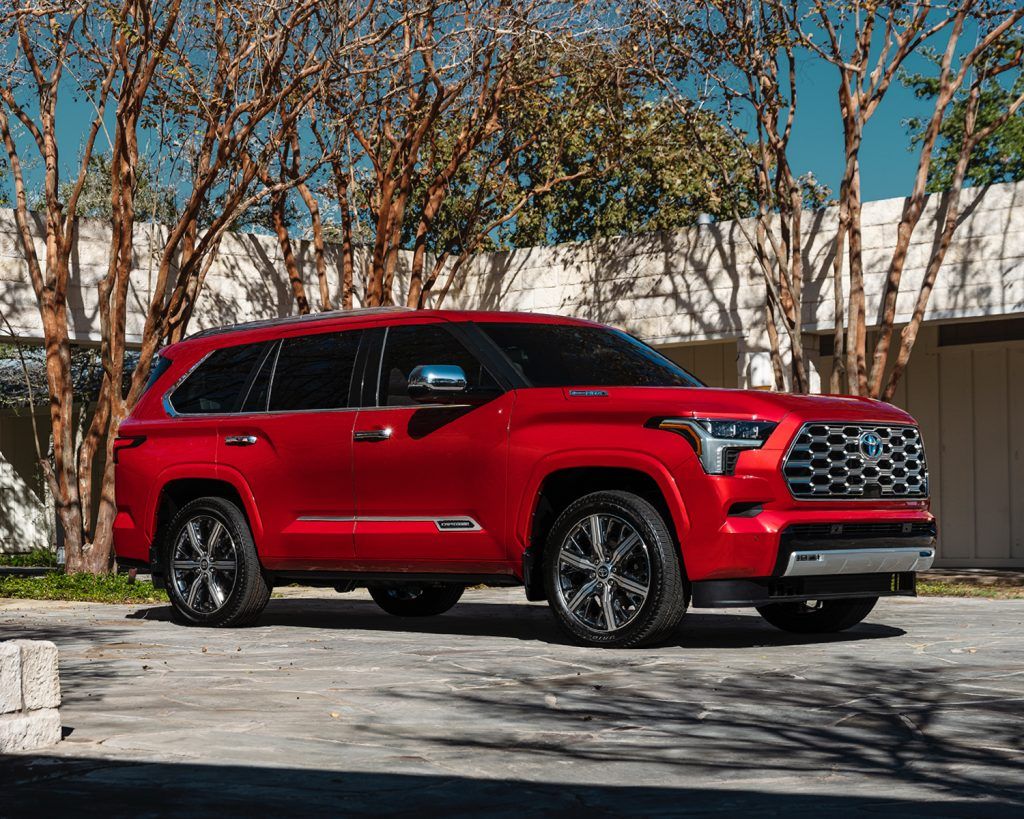 When to expect the 2023 Toyota Sequoia in Calgary

Completely redesigned to offer the most comprehensive experience imaginable, the 2023 Toyota Sequoia looks to touchdown in the summer of 2022. Keep tuned to Stampede Toyota’s blog for more information about the 2023 Sequoia as it becomes available, or give us a call to talk to a member of our sales team about getting behind the wheel of this hearty SUV the first chance you can!